Alicante and the Costa Blanca - Sailing The Med
16243
page-template-default,page,page-id-16243,page-child,parent-pageid-16219,ajax_fade,page_not_loaded,,side_area_uncovered_from_content,qode-theme-ver-7.8,wpb-js-composer js-comp-ver-4.8.1,vc_responsive

Alicante and the Costa Blanca

In 711 AD the Moors invaded Spain through Gibraltar and would occupy the region of Alicante by 718 AD. Their occupation was to last nearly four hundred years and would mould the landscape of the region. The Moors introduced irrigation and the planting of oranges, peaches and almond orchards. The terraces seen on the hillsides throughout the region are an everlasting Moor legacy.

The Moors would not be completely expelled until 1492, when 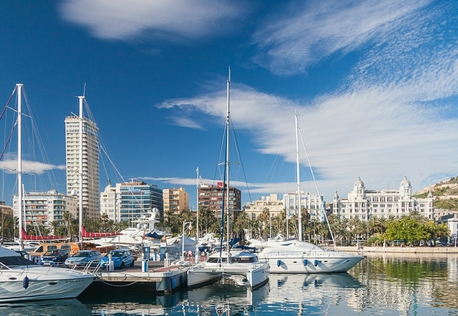 Ferdinand and Isabella, the Catholic monarchs, finally took control of Granada. In 1095 Spain became part of the North African Muslim Empire and for another four hundred years the Moors and Christians would fight over control of Spanish soil. Alicante was gradually regained from the Moors in 1248 by James I of Aragon. After their expulsion, the Moors continued to attack Spain. During the 16th and 17th centuries, Berber pirate attacks were frequent all along the Mediterranean coastline and there is still plenty of evidence to support this amongst the beautiful historic buildings that make up the Costa Blanca numerous old towns.

The first Spanish Constitution was written in 1812 and following this the provincial boundaries were established, establishing the regions including Alicante and Murcia as they are today. In 923, Miguel Primo de Rivera took control of Spain as a dictator, eventually forcing Alfonso XIII into exile. The Spanish Civil War, (1936–1939) would divide the country and Alicante and Murcia would remain supporters of the Republican movement. In 1939 General Francisco Franco, the leader of the nationalists took control of Spain.

In early 2015 “Cheeky Mojito” arrived in Alicante from her previous life in Sicily and loved the place so much she decided to stay.

Nowadays there are in the region of 6,000,000 tourists a year who visit the Costa Blanca.

Alicante is a fantastic little city. With the International airport just a 15 minute taxi ride away and excellent road and rail links, you will not spend hours travelling to get here. Alicante is very Spanish and therefore more authentic and much better value than some of the other major Spanish cities. The night life in Alicante is superb, “The Rough Guide” says it is the best in Spain, and you will find a great atmosphere in the many restaurants, cafes, music bars and nightclubs. If you like to party then you can party all night here. 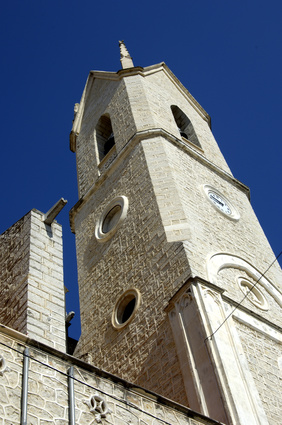 Alicante, the host of the 2014 Volvo round the world race, has a state of the art marina with clean, modern facilities. You will find “Cheeky Mojito”, our Beneteau 423, on Berth M10 where a warm welcome awaits you. Whatever your experience or expectation, we have a course or holiday to suit you and with a maximum lesson size of 5 students, you are assured of quality hands-on tuition.

In Alicante we have an excellent sailing playground for the perfect learn to sail holiday. This includes the Costa Blanca’s only inhabited island of Tabarca, with its beautiful sandy beach and great snorkelling. We also have the smaller marinas of Santa Pola and Villa Joyoisa where if you are on a sailing course you might end up spending a night or two.

If you are chartering with us then we can visit the beautiful Costa Blanca towns of Altea, Moraira, Javea or Denia.