Sailing the Med would be nothing without the “Crew” members who are part of it. So in no particular order we would like to introduce you the instructors and therefore the people who will make your course or holiday “exceed your expectation”. 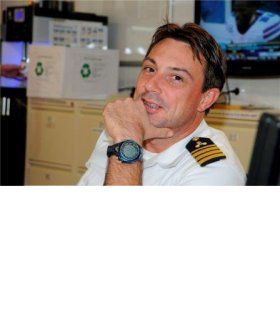 Ivan
Self-proclaimed leader of the People’s Republic of Ivanovitch and in the market for an island somewhere in the Pacific so that he can one day retire and set up his own country. Loves very heavy metal music and has to be physically restrained from playing it at full volume on the boats stereo system at all times of the day and night. Founding member and co-director of Sailing the Med, Ivan has had a career at sea culminating in being the Chief Engineering Officer for one of the largest passenger cruise liner company’s in the world. There isn’t a single nut or bolt that Ivan doesn’t know about on “Cheeky Mojito”, most of which he dropped over the side. 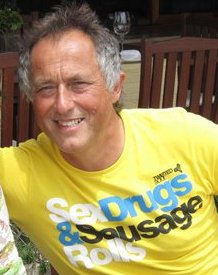 Steve
Top banana and all round top bloke is how he is described on LinkedIn although he did write this himself. Spent a lifetime in the Fire & Security Industry in the UK and then decided to drop out and go sailing all the time. Hasn’t looked back since but then hasn’t really looked anywhere except at the weather for the last few years. Founding member and co-director of Sailing the Med and the only one with any real musical taste. Brilliant at playing air guitar and a lifelong Rolling Stones fan. When you contact Sailing the Med you will more than likely deal with him initially as he looks after all the admin and bookings. Steve gets to clean the boat regularly and gets sent to the top of the mast when there is a problem as he wanted to be a pilot when he was younger. 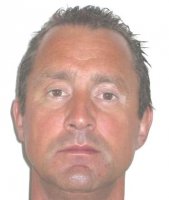 Mike
The “Godfather” of Sailing the Med as christened by Ivan on the video of the trip back from Sicily. Probably the most sensible one of the crew and a real asset for the clients. Definitely one of the best instructors in the Mediterranean and a fully trained chef to boot. After a career in Formula 1 where he sold burgers on race days, Mike moved to the Costa Blanca and became a sailing instructor. His downside is that his taste in music is dubious, being a fan of “One Direction” sought of sums it up. He is banned from playing anything on the stereo as well although sometimes we let him play a track or two. We do let him cook though and he has promised to get a new photo where we didn’t have to crop out the prison number he was holding on the original. 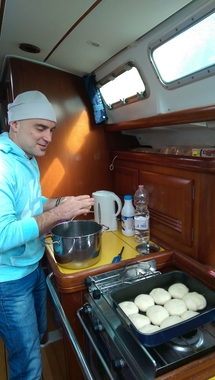 Balta
Balta is our newest addition and junior member of the crew and will one day be vice president to Ivan in the Peoples Republic of Ivanovitch. Originally from South America via the rest of the world, Balta settled for a while in the UK and then left to live here on the Costa Blanca. Balta is our self-proclaimed spiritual leader and alternative living expert who spends his time on the boat baking bread and making sandals. If we had any trees on board he would be found hugging one. His taste in music is very South American but do not get too excited as it is not Carlos Santana, Gloria Estefan or Shakira, more the wind pipes of Peru and the Incas. He is an absolute wizard at all things IT and anything to do with PC’s. His main job on board is blowing up the dinghy.